Congested, bustling streets, fusing aromas of Indian food and filth, utensil-less meals with a kick – these are some of the constants I found in many parts of Mumbai, India. Safe to say, I wasn’t entirely aware of the ensuing adventure upon arriving January 13, 2017.

Though before getting to Mumbai, I’d like to share a few thoughts and pictures from the winter holidays – beginning with family Christmas in Rome.

(if you’d like jump to Mumbai and the OSCAR Foundation, feel free to scroll past the horizontal line) 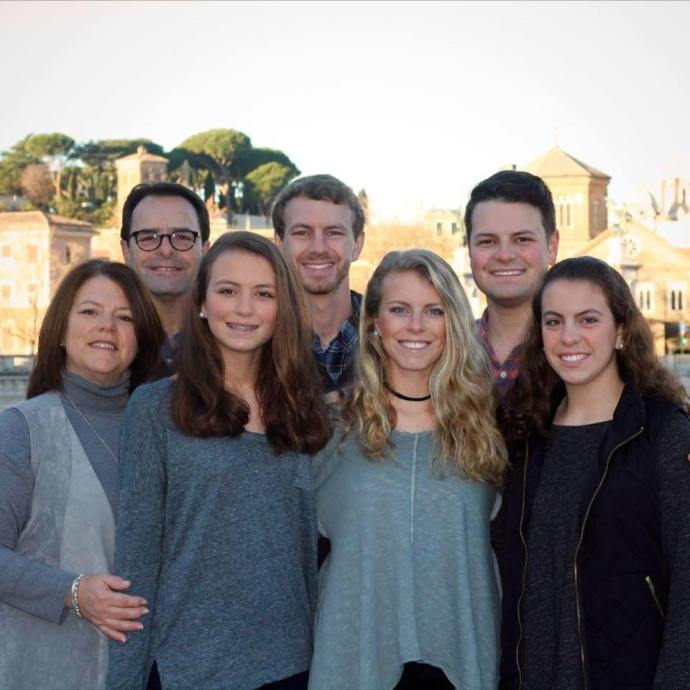 As someone who had only lived outside of North Carolina for two-and-a-half months prior to the Watson year, five months without seeing family was a bit longer than I was used to.

It was a special week for us – enjoying each others’ company and exploring the Eternal City.

Visiting the Pope on Christmas morning

After Christmas in Rome, it was off to London to welcome in the New Year with a friend and experience professional football in one of the richest and arguably most popular leagues in the world – the English Premier League. 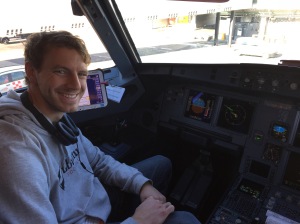 Flight delay visit to the cockpit

We watched loads of football: attending a couple of London fixtures ­– Chelsea F.C. vs. Stoke City; Crystal Palace F.C. vs. Swansea City (post-Bradley) – while viewing several others on the telly. Experiencing the enthusiasm and attention around the game was extraordinary.

In between the football, we were able to explore London, watch hours of That 70’s Show, and go on a couple trips outside of the city to visit his family and Cambridge University.

Big Ben and Palace of Westminster 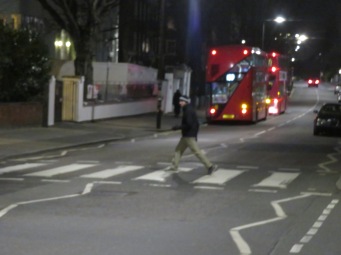 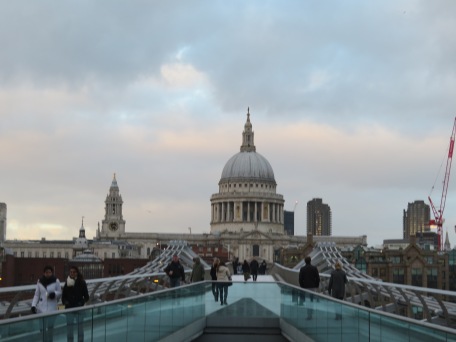 The 2017 winter holidays were fantastic. Though after a couple weeks in England, it was time to experience winter in India…

Mumbai greeted me with a smoggy sunrise and a generous smile in the wee hours of the morning on Friday, January 13. After a near sleepless night on the plane, I was as excited as I was exhausted. 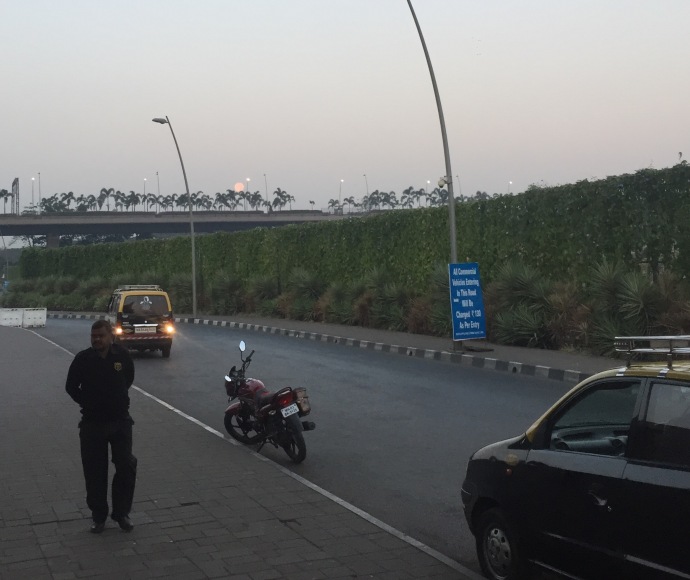 A grinning Govind Rathod – the poster child for the OSCAR Foundation – was waiting for me at the Chhatrapati Shivaji International Airport arrival area. Once we met, Govind phoned his taxi driver cousin who drove us across town, towards the hotel that I had found less than a week before on Booking.com.

Like fish swimming upstream, we whizzed through virtually lane-less traffic, taking part in Mumbai’s relentless car-horn warfare. After 45 minutes, Google Maps told us we had arrived. But the $10-a-night Hotel Al Mehraj was nowhere in sight.

Govind spoke to some locals in Hindi, who sent us weaving through tight, crowded streets – filled with pedestrians, vendors, motor scooters – for another 20 minutes, before finally reaching the place.

The neighborhood, and hotel, reeked (as my fried Xzavier could later attest) but I really didn’t notice at the time. Everything was so new and my mental state was driven by the tired will to carry on.

However I was aware enough to tell that my living situation would be better off than many in the surrounding neighborhood – recognizing the hundreds of homeless locals who claim their spot of sidewalk each night.

I dropped my stuff off. Before taking a nap, Govind completed his warm-welcome by treating me to breakfast at a local South Indian restaurant. I couldn’t read anything on the menu.

When Govind asked what I wanted, I told him, “no spicy.”  So he ordered Masala Dosa – resembling an Indian version of potato salad, wrapped in a crispy crepe. The dish – along with a local snack called Misal Pav – quickly became my regular breakfast (and sometime lunch and dinner) of choice. Both dishes usually cost no more than 50 Rupees – roughly 75 cents.

After the nap, I vividly remember going down to the busiest intersection in the neighborhood – filled with noise, people, (holy) cows and their waste, street vendors, trucks, two-passenger scooters fitted with four people – to simply stand and take in as much as I could. This is the area I get to call home during the next four weeks.

Govind soon picked me up again. I spent the rest of the day with him, becoming acquainted with the OSCAR Foundation who welcomed me as a volunteer for one month.

From day one, OSCAR and its cultural context felt special.

OSCAR originated in a Mumbai slum community called Ambedkar Nagar, where it still focuses much of its work today. For generations, the people in the area have experienced suppression from both imperial forces (Britain and Portugal) and the local caste-driven societal norms. This has contributed to extremely tight living conditions, rare upward mobility, and a youth culture threatened by drugs and poor education, among other potential harmful circumstances.

OSCAR exists to provide necessary development opportunities for disadvantaged youth, pushing the vision that these young people have the potential to drive positive change in their communities. Thus the name OSCAR is an acronym: “Organization for Social Change Awareness and Responsibility.”

It began over ten years ago, when founder Ashok Rathord – an Ambedkar Nagar native – began playing soccer with a group of 14 boys. What started as an effort to have fun and stay out of trouble, has now developed into a self-sufficient network of employees and volunteers that has impacted thousands of young lives: through leadership retreats, soccer training, academic scholarship support, early childhood education, and professional development.

During my first week in town, I was immersed in one of OSCAR’s leadership retreats – the OSCAR Girls Young Leader Training. The training is a 5 day, 4 night program designed to develop confidence, self-reflection, societal understanding, teamwork, leadership, and soccer coaching skills for young Indian women, ages 17–23.

At first, the 25 participants appeared a bit timid. However by the end of the week, the group grew from an outwardly shy, somewhat cliquey bunch to an enthusiastic, dynamic team.

The environment encouraged participation in a range of activities: from presentations and group discussions, to soccer training and abbreviated dance parties. 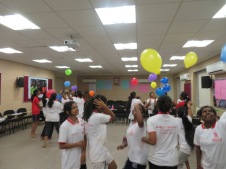 OSCAR employees Ashok, Govind, and Sunita, along with recruited co-leaders and volunteers did an excellent job producing the week. A few examples of relevent co-leaders were: a professional in arts-based therapy and safe spaces; a nutritionist; a football coach educator.

Sunita, Ashok, and Govind at work

As one of the two volunteers present, I like to think my biggest contributions were participating in some of the dance activities and being light-heartedly made fun of for my use of “dhanyavad” – the formal Hindi word for “thank you” – rather than “shukriyaa” – the more common, informal gesture. I also delivered a presentation on the millennium development goals.

For some of the participants, it was their first experience spending a night outside of their family’s home. One of the parents said that was hugely impactful in and of itself.

After a fun week at training, it was back to work at the office.

OSCAR’s top leaders, Ashok and Suraj, expressed that it would be helpful if I completed the 2015-2016 annual report to be shared with funders and other relevant parties. Initially, I was caught off guard by their request – given that I had yet to experience OSCAR for a full week. Though it turned out to be a great way to learn more about the organization’s structure and impactful work, while making a difference leveraging native-knowledge of the English language.

Maybe next year’s annual report will include the 2017 Founder’s Day Celebration, which I was fortunate enough to play a surprise role in. For most of the event, I had been taking pictures. Then, with nearly a hundred OSCAR Foundation youth looking on, Ashok asked me to share a message and help a youngster named Bola unveil the Indian flag towards ceremony’s end. It was a special moment to share.

In addition to these less-regular initiatives, I was able to join some of OSCAR’s more routine activities – such as weekly soccer training and early childhood education classes in Ambedkar Nagar.

The soccer training sessions took place at one of the city’s rare public grounds, the Oval – fittingly named for its shape. For a city of its size (18 million), Mumbai has very few green spaces, which typically makes the ones they do have – such as the Oval – quite crowded.

Crowded to the extent that many sessions take place virtually right in the middle of cricket matches – but that doesn’t stop the OSCAR Foundation! 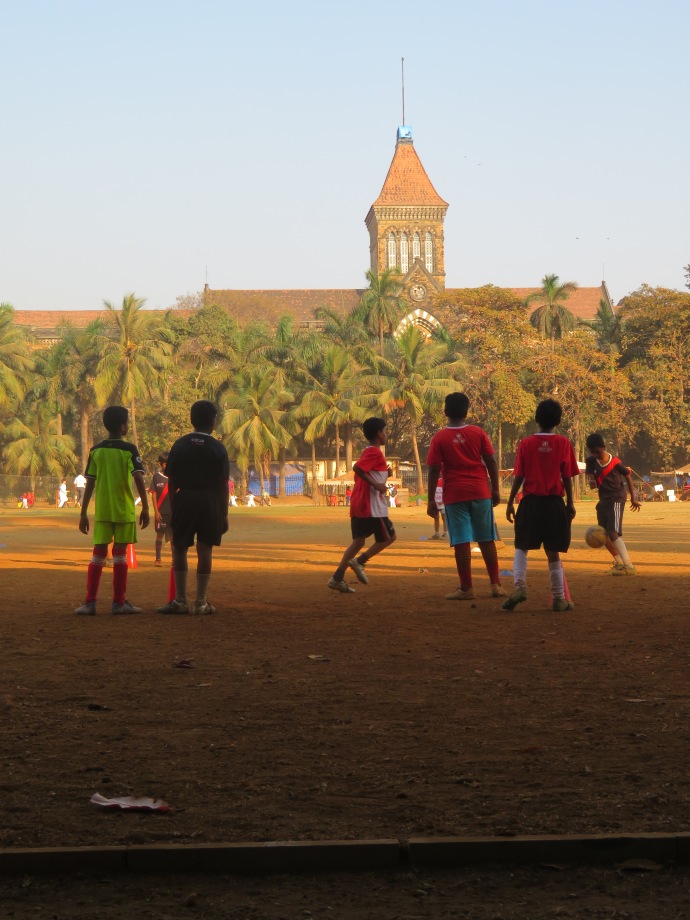 A few of key aspects of soccer training:
i) no school = no football; players must attend school;
ii) the OSCAR Foundation subsidizes the players’ school fees;
iii) the OSCAR Foundation gives Young Leader Training graduates the opportunity to coach, providing further development for trainees and a sustainable, growth-minded business model for the organization.

The fact that the players continue to show up week-in and week-out is a testament to the impact the program is regularly having on their lives both on and off the pitch. 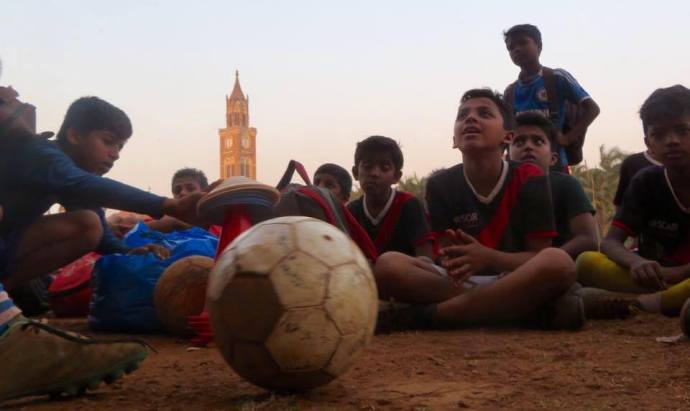 Beyond football, the OSCAR Foundation provides computer classes and early childhood education at their facilities in Ambedkar Nagar. During my month in Mumbai, I was able to help a few times with both of these initiatives, and had a blast! 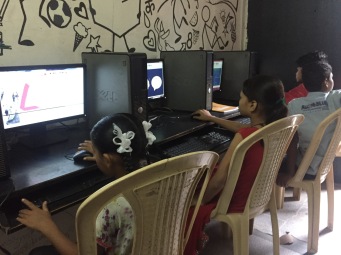 One of my favorite India memories was during a visit to the early childhood education center. In the middle of class, the teacher asked if I could lead an activity for the kids – who were around 3-to-5 years old. Thinking quickly, I decided to take a lesson from Girls Young Leader Training – plug in some music and dance!

We began with some American favorites – Taylor Swift’s “Shake it Off” and Jackson 5’s “ABC.” To which the response was ok; a few kids danced here and there. It was clear I needed to try something different. So we went local with the next song –“Zinggat” – which lifted everyone on their feet.

“Zinggat” is an upbeat love song from a recent popular Bollywood film – think Bollywood meets Justin Timberlake’s “Don’t Stop the Feeling.” The faces of the young girls and boys were beaming with joy as they jumped along to one of their favorite tunes.

Volunteering with the OSCAR Foundation showed me how sport for social change can be delivered widely and used for good on and off the (dirt) pitch.

Up to that point on the Watson, I had exclusively experienced elite soccer academies – where long-term participation and direct impact is largely influenced by athletic potential.

The OSCAR Foundation took a different approach: bringing the beautiful game and a positive message to as many people as it could; using their platform to directly promote education and civil decency to as many people possible. 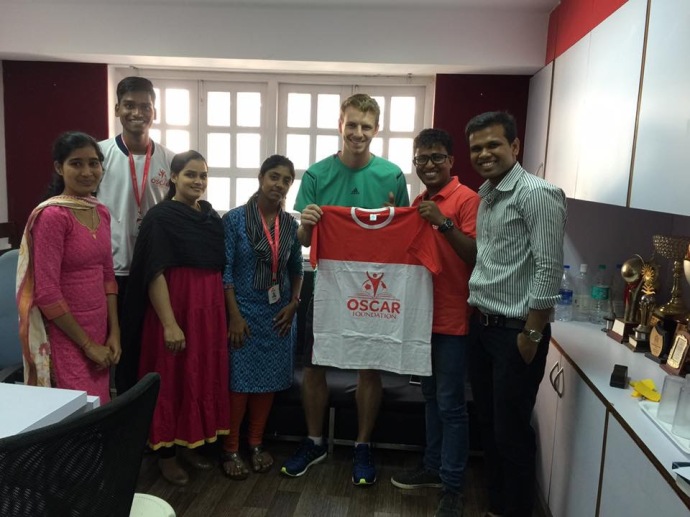 Outside of my time with OSCAR, I was able to “be a tourist” in Mumbai and wider India, connect with friends old and new, and experience some fun cultural events in the city.

Enjoy select pictures from the experiences below! 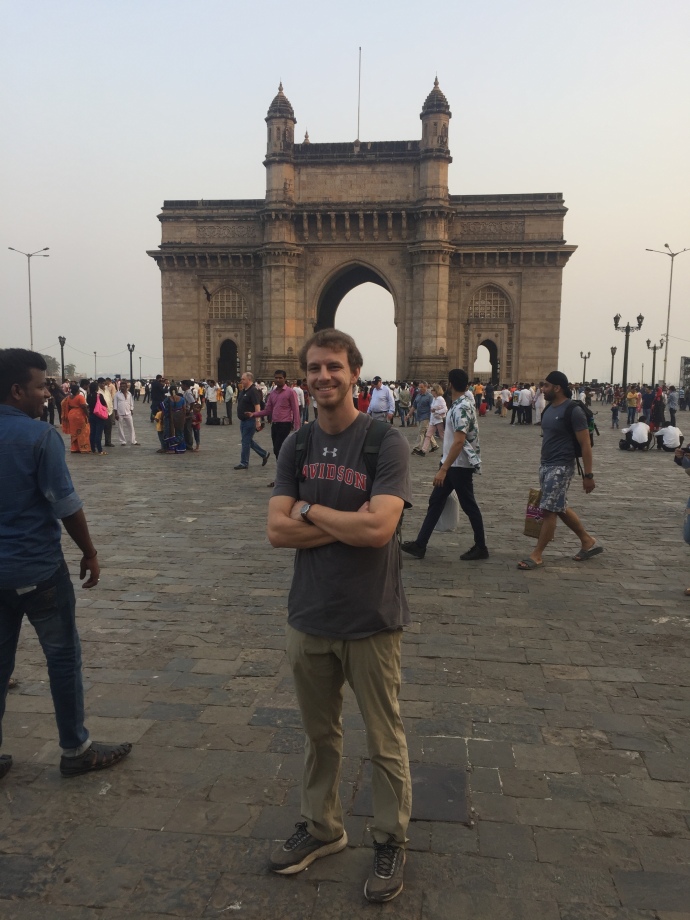 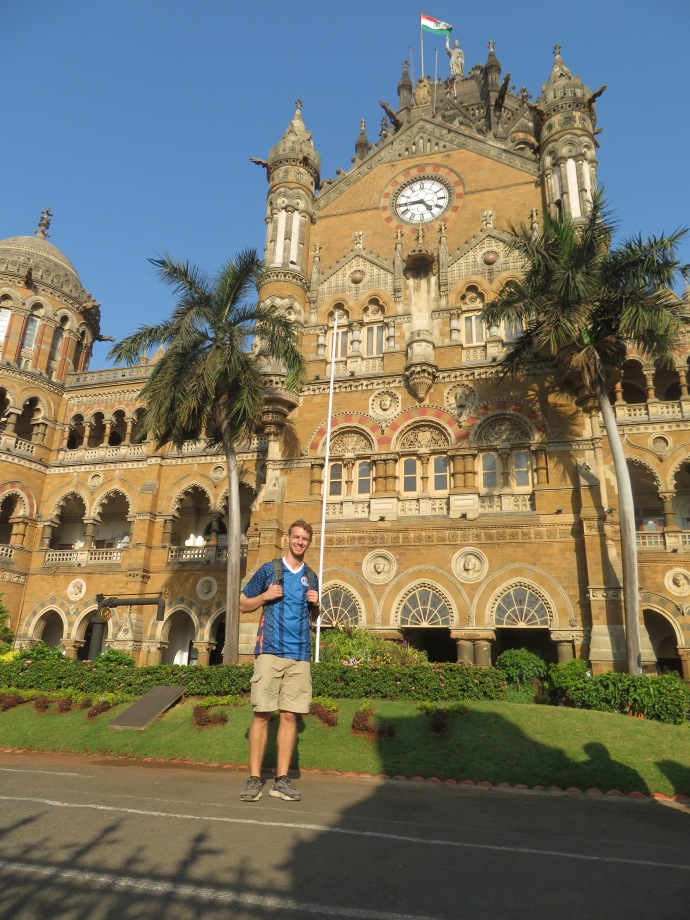 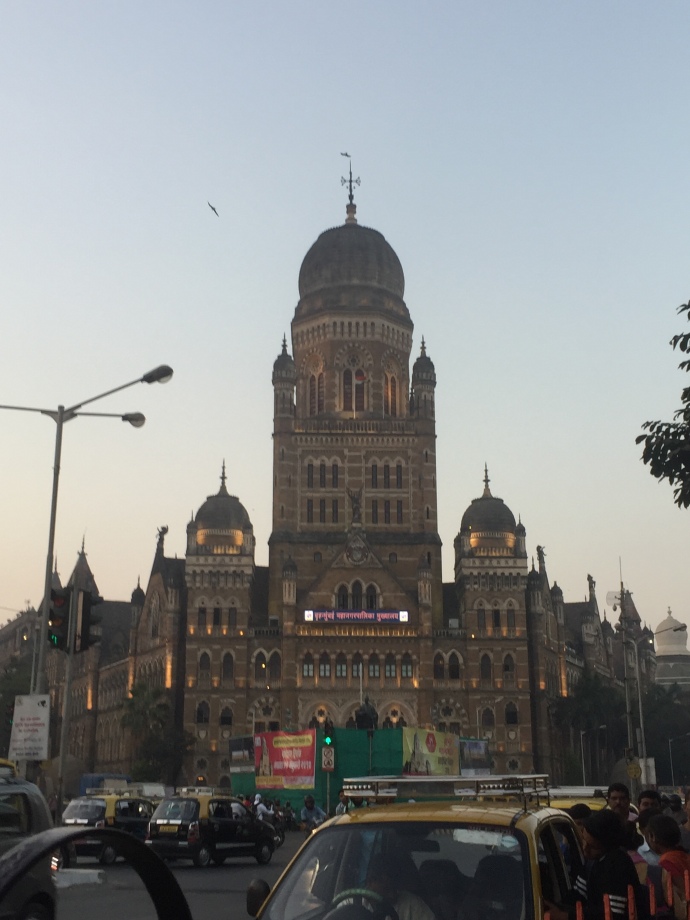 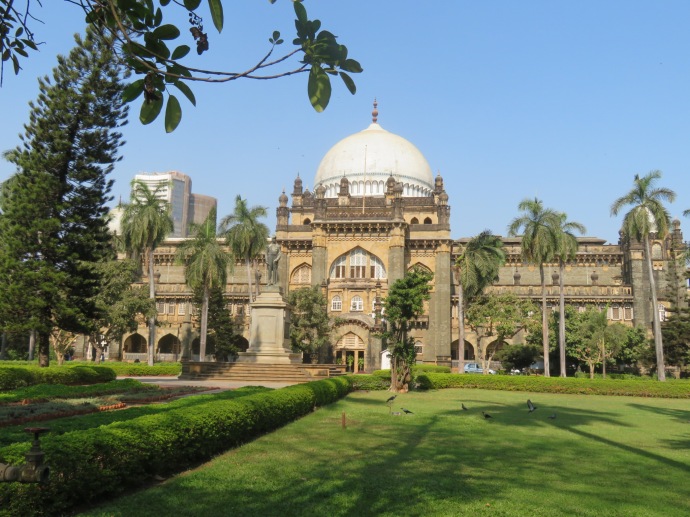 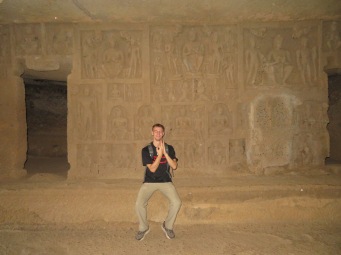 Looking towards town from the Buddhist caves

A weekend in Delhi and Agra (Taj Mahal): 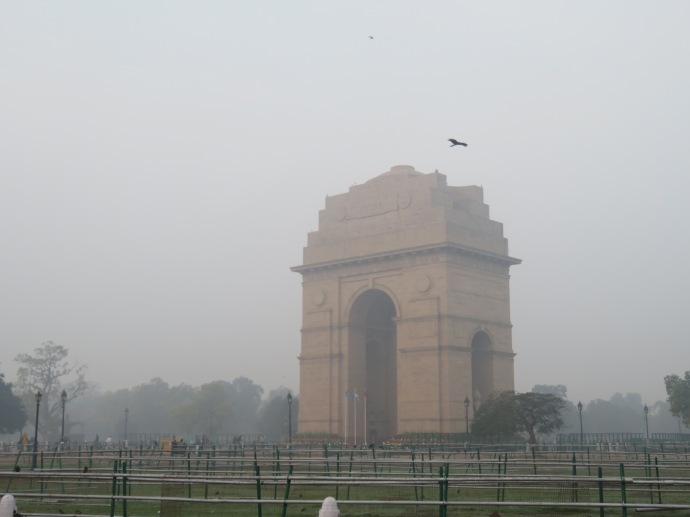 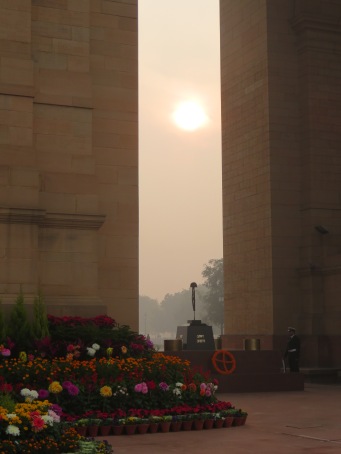 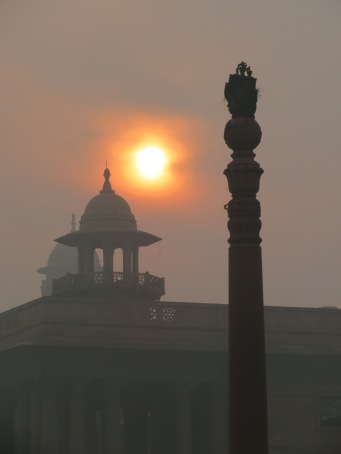 Sunrise over the Parliament House 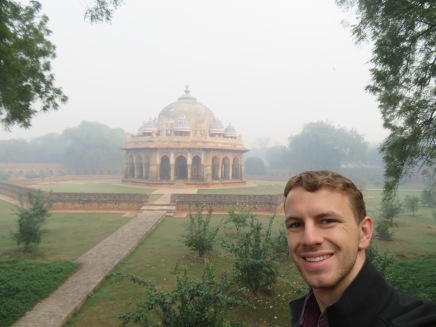 Me and the driver from Inspiration India 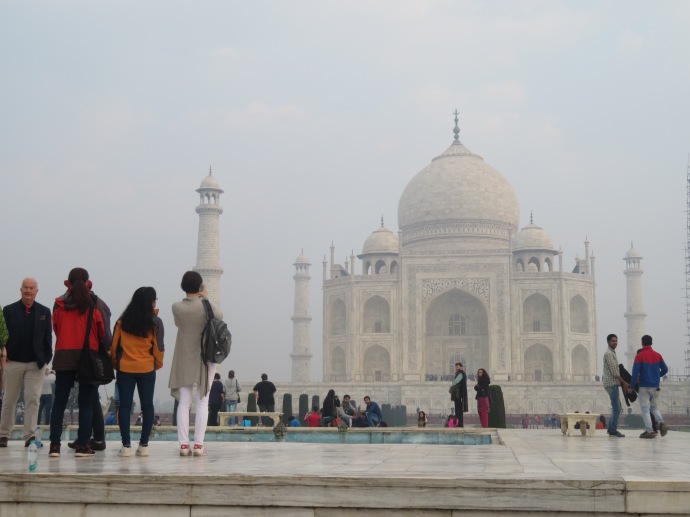 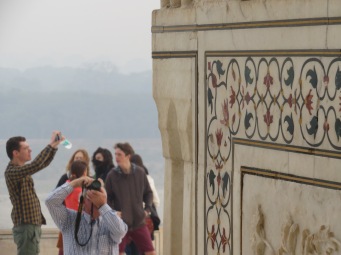 Details on the Taj

Marble on the Taj

Looking toward the Taj

Looking away from the Taj 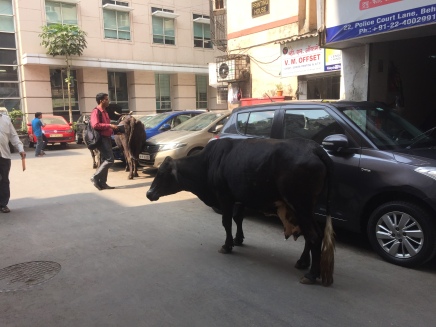 Cows in the street 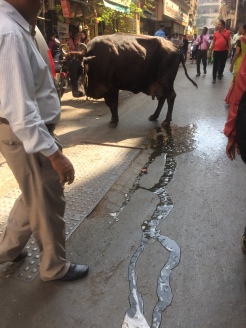 Cows in the street

Dabbing at the speed of light with Govind Rathod

‘Watsoning’ with my buddy Xzavier

Do as the locals do – walk through the middle of traffic 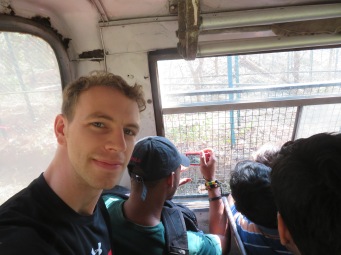 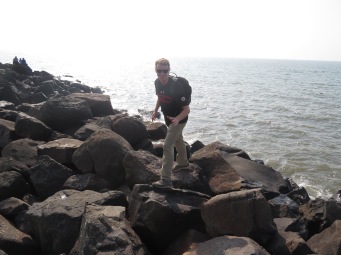 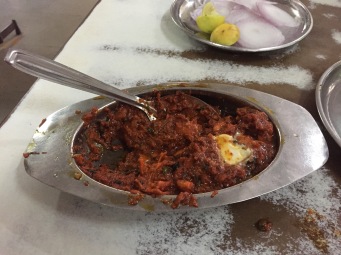 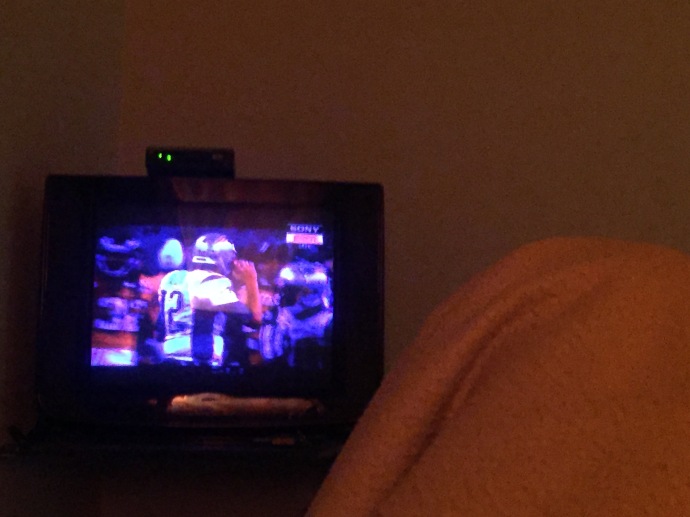 Superbowl LI at 4:00 in the morning 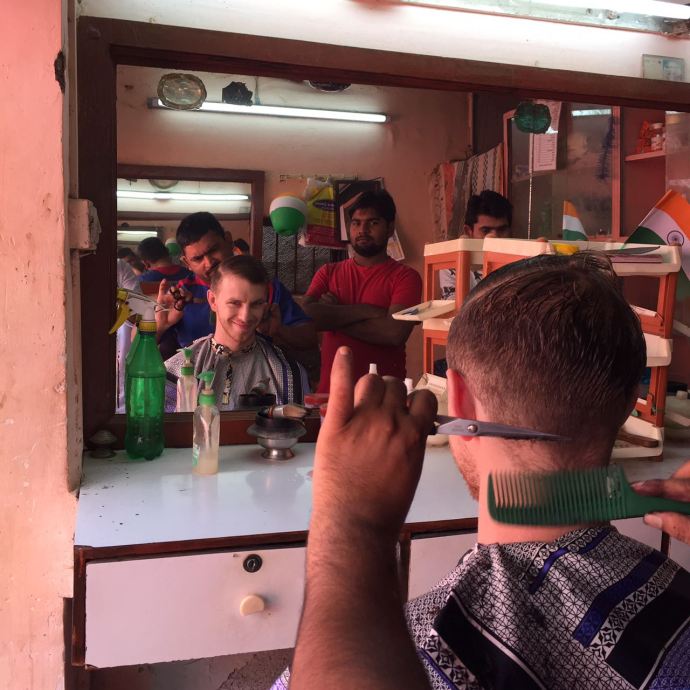 I’m grateful for the people met and experiences had while living and volunteering in India, and will continue the search for masala dosa and misal pav wherever I go!

Stay tuned for the next blog post about my experience in Thailand with Bangkok Soccer Schools.

2 thoughts on “India: reflections from a great start to 2017”